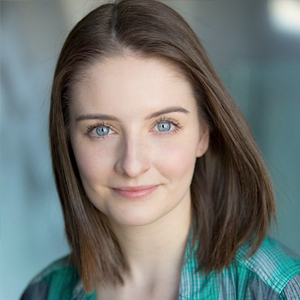 Rachel Flynn is an actor, writer and producer.

With Interabang Productions, Rachel brings experience having worked for an actors agency alongside producing and writing experience stemming from a background in acting. Rachel has a strong musical background and yearly performs front and centre as Princess in Qdos pantomimes nationwide.

Rachel is multiskilled in the creative industries as an actor, writer and producer

As an actor, Rachel has performed from London’s West End to Pitlochry. TV & Film credits include: Badla (Netflix Feature Film); Will You Merry Me? (Winner Best Actor at 48hr Film Fest); When Abbie Met Emmy (Premiered BFI London) and 209ers (pilot for Black Camel/CBBC). She is also a Qdos Pantomime regular, in the last 5 years performing Principal Girl at Edinburgh Kings, Glasgow SEC and His Majesty’s Aberdeen.
She has written plays We Keep Going and Lather. Rinse. Repeat. for Short Attention Span Theatre and her most recent work Keepin The Heid, a comedy about Mary Queen of Scot’s final hours in isolation is in development with Nicola Roy, described by Playwright Studio’s Script Reading Service as a ‘hilarious and thought-provoking piece that delves into current and urgent themes in a fresh and invigorating approach to manipulating history’. She is currently under commission for a new play for a theatre in Birgu, Malta.