17 Years of
as a theatre/filmmaker 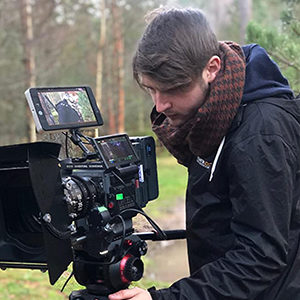 Ryan Dewar is a multiskilled director with an expansive skillset.

With Interabang Productions, Ryan has brought his film, theatre and media experience together to produce and direct for stage and screen. Ryan also offers new-writing dramaturgical support through to mounting stage and screen productions.

Ryan is a multiskilled director in the creative industries with 16 years of experience.

Ryan is a multi skilled director with a skillset expanding through theatre, film/tv productions including editing, animation, graphics and cinematography.  He loves amalgamating each discipline to elevate productions which is a skillset used more now with the evolving digital transmission and integration of theatre and other media.

He has created work for Red Bull, STV, BBC, World Travel and 3 feature films and multiple shorts, winning international awards for best film and best director and recently directed festive feature film Christmas in The Highlands for US television with another upcoming thriller for Lifetime US (shooting this October).

In theatre and tours, 48 shows in Scottish theatre in various capacities including director and AV designer. Notably bringing to life, with Tony Roper, the upscaled production arena show of The Steamie at The SSE Hydro as camera director, associate director the show and A/V designer for the production.

Other shows are remounting A Bottle of Wine & Patsy Cline by Morag Fullarton and directing regularly Edinburgh King’s panto and Scottish broadcast stars Andy Gray and Grant Stott in their Edinburgh Fringe show and tours. He is also a director and producer for Dreamcastle Film Productions.